Everything You Could Ask About VPNs And If They’re Safe

You’ve likely heard of the term “VPN” when talking to your coworkers in IT or maybe in a movie scene where hackers are breaking into the bad guy’s files. If you’re not in the cybersecurity industry or interested in technology, a VPN may be the last thing on your mind to purchase.

Individuals forget that in their increasingly technology-integrated world, personal cybersecurity becomes even more critical. So, does a VPN protect you on the internet, and is it safe for you to use?

What Is A VPN?

How Do VPNs Work?

Imagine your data as the message “123456.” You want to send this “message” to an internet server. It is risky to send the “unencrypted” message of “123456” from your device to the internet server because anyone could “intercept” that message. Once intercepted, they can do whatever they please with the data they stole.

The interception may not be a cause for concern if the message was simply “123456.” However, hackers do not typically stop at one message or even one device. The risk of intercepting your device’s connection is why having a VPN is so important.

This is what VPN servers and the VPN software you install on your device do to your message:

The terms “message” and “reply” represent any request your computer sends and receives to the internet. For example, when you google “Facebook,” your device is actually sending a request to Facebook’s server to connect. Then, Facebook’s server will send back the page for you to interact with.

What Does A VPN Prevent?

A VPN hides your IP address and location. Your IP address is unique and allows others to track your online behavior. You’ve likely heard of law enforcement “tracking down” someone’s IP address to punish their illegal online activities.

When hackers do try to find your location, they only receive where your VPN server is, not your actual IP address. Therefore, using a VPN increases your security and online safety.

2. The Dangers Of Using Public Networks

One of the ways you can protect your data is using a VPN. The VPN encrypts your data while you use the public Wi-Fi network. So, if a hacker is lurking on the same network, he can’t access your data.

Many non-Western nations like China and Russia censor the internet for their citizens. These websites include Instagram, WhatsApp, and other popular websites. Western nations also block certain websites to prevent pirating and illegal streaming services.

Using a VPN helps circumvent censorship efforts. Some people use VPNs to access services not available in their home country, such as streaming Canadian Netflix to watch a particular show.

VPNs are safe if your VPN provider is legitimate. You should have confidence in the VPN service you use.

Be wary of downloading free VPNs on the internet. Some shady VPN providers collect the data that travels through their servers and sell it to third parties. Good VPN providers won’t collect your information and store it, let alone sell it.

Can VPN Traffic Be Monitored?

When you use a VPN, your data is hidden from your internet service provider and malicious actors. Technically, your traffic can be monitored by your VPN provider. However, a legitimate VPN provider will not collect, store, or sell your data.

Can I Use A VPN Connection To Avoid Traffic Shaping?

Traffic shaping is the practice of slowing down data packets, your data, or streaming content to have them fit a certain traffic profile. In computer network traffic management, the theoretical purpose of traffic shaping is to optimize performance and increase available bandwidth.

A VPN allows you to avoid traffic shaping because a VPN encrypts your traffic. Thus, your ISP is not able to monitor your traffic.

Your router cannot see your decrypted data. The VPN software encrypts your data before it goes through your ISP (internet service provider) and router.

Does A VPN Cause Unusual Traffic?

Sometimes users run into an “unusual traffic” message from Google when using a VPN. Google prevents the abuse of their search engine by blocking requests from servers or devices with “unusual traffic.”

VPN servers usually help many users at once, so Google may perceive a high amount of traffic coming from that server as “unusual.” However, this is not the case for every VPN. If you are experiencing an  “unusual traffic” message, it’s recommended to disconnect from the VPN and reconnect. If you are still seeing the error message, contact your VPN provider.

Does A Work VPN Expose My Home Network To My Employer?

It’s unlikely that your employer will monitor your VPN traffic, but it is possible for the IT department to see your information. If you are concerned, disconnect from your work VPN and connect to your personal VPN when using your devices for personal matters.

Can A Company Track Your Search History If You’re Using A VPN?

However, just because your company’s IT department can look at your search history through the VPN servers you use does not mean that they will go through it. However, it’s a good idea to not use your company’s devices or VPNs for personal matters.

What Is The Connection Between VPN And Firewalls?

VPNs and firewalls are two different cybersecurity tools to protect you and your data. A VPN focuses on securing a private, encrypted connection between your device and the internet. A firewall prevents unauthorized access into or out of a computer network, which protects you from unsafe internet connections. This strong protective “wall” prevents illegitimate websites from collecting your data.

Both measures are important cybersecurity tools you should be using on your devices.

Using a VPN is one of many tools you should have in your cybersecurity toolbox. The most effective way to protect yourself online is by purchasing a personal cybersecurity plan.

Agency, a cybersecurity company, offers business-level cybersecurity that prevents, monitors, and mediates cyber attacks if they were to arise.

Take steps to protect your privacy and security by purchasing affordable personal cybersecurity! Just by signing up for the newsletter, you could receive a free one month trial. 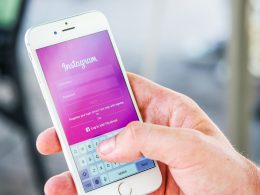 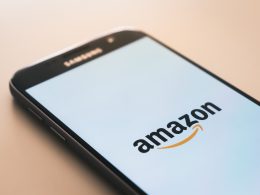 The Internet has expanded our ways of doing things. It opened new methods for operating a business, communicating…
byAgencyTeam 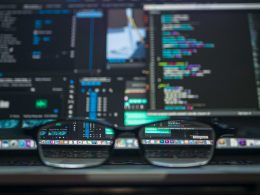 We often keep hearing about hackers and hacking, but we fail to understand it. Hacking means any activity…
byAgencyTeam 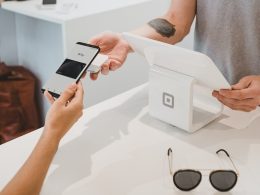 Are You Thinking About Using Google Pay?

What Is Google Pay? Google Pay is a mobile payment app that allows users to send money and…
byErica