What Is An Attack Vector?

An attack vector is a way or method in which a hacker gains unauthorized access to a network or computer. Hackers deploy attack vectors to collect valuable and sensitive data like login credentials or financial information.

What Is The Difference Between An Attack Vector And An Attack Surface?

The terms “attack vector” and “attack surface” are commonly confused. An attack vector is a method in which a company or individual is attacked by a hacker. For example, a hacker may target a company by sending malware to the employees.

Who Are At Risk For Attack Vectors?

People often believe that hackers only target large companies or vulnerable individuals. However, this assumption couldn’t be farther from the truth.

Moreover, hackers don’t just focus on the most “lucrative” industries, like the financial or technology sector. Hackers use attack vectors in all industries but especially companies in the legal, insurance, retail, financial, and healthcare sectors.

Businesses of all sizes are at risk for attack vectors. Unfortunately, not even individuals are not safe. Any company you have given your financial or personal information to could fall victim to an attack vector.

If you are signing up for the individual plan, the first month is free!

How Do Hackers Implement Attack Vectors?

Hackers carry out cyber attack vectors in a variety of ways, but the general outline goes like this:

What Are Common Attack Vectors?

Phishing is a malicious attempt to gain personal or other valuable information by pretending to be someone else. The phishing attempt often impersonates a fellow coworker, boss, business partner, or government official. Phishing usually comes in the form of an email. If you or your employees fail to recognize a phishing email, they may expose confidential information.

Malware, or malicious software, is designed to damage your devices and gain access to sensitive information. Malware can steal or damage data, change how your device operates, and give hackers access to spy on your activity. Once downloaded, the malware presents a significant danger to your personal information and device.

Hackers design viruses to steal or destroy data depending on their goals. A computer virus is a code that spreads from device to device and replicates itself. Depending on the virus, this cyber attack may harm your computer system’s software and corrupt files and data. Viruses can also be challenging to remove from the devices permanently.

An insider threat is a cyber security risk that is initiated or aided purposefully by someone inside or affiliated with your business. A former employee, contractor, vendor, or partner can be responsible, and the consequences can be disastrous for the longevity of your small business.

Encryption is the practice of privatizing the information that gets sent between your device and your targeted server. For example, your social security number should be encrypted when you file your taxes online. This encryption ensures that if a hacker intercepts your connection, he cannot understand the actual message.

A DDoS attack is a distributed denial-of-service attack that disrupts the regular traffic of a targeted server. This hinders your ability to access your network and connect to websites as you typically would. Hackers may interfere with your internet access to pressure you to pay a ransom.

How To Prevent Attack Vectors

There is no way to completely prevent attack vectors from occurring to you or your business. Still, there are cybersecurity practices you should follow to protect yourself as best as possible.

Using unique, strong passwords is the simplest yet most overlooked way to protect yourself from attack vectors. A single strong password for all your accounts is not enough since compromised credentials are increasingly common. Popular companies experience data breaches all the time. A strong password does not include personal information and uses a mix of uppercase letters, lowercase letters, symbols, and numbers.

A VPN (virtual private network) connection hides your IP address and protects your data by establishing a secure, encrypted connection between your device and the internet. A secure and encrypted connection makes it difficult for malicious actors to conduct DoS and DDoS attacks on you. Read our article on VPNs and everything you could ask about it.

Cybersecurity practices like using strong passwords and a VPN only go so far if you don’t use them harmoniously. Agency, a cybersecurity company, offers comprehensive, business-level cybersecurity that prevents, monitors, and mediates problems if they were to arise. Be protected by a team of cybersecurity experts that monitor and respond against cyber threats 24/7.

Cybersecurity attack vectors target every individual and company connected to technology, and it’s advisable to guard yourself and your information against malicious actors. 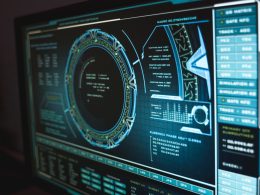 Cybersecurity is a necessity for businesses and individuals alike. With data security becoming increasingly relevant in our technological…
byAgencyTeam 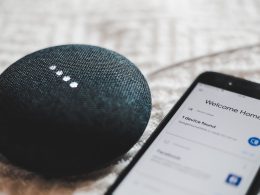 When Your Home Is Connected To The Internet, It’s Vulnerable 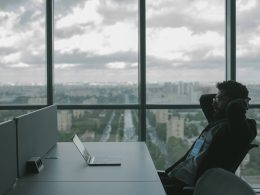 Is Cybersecurity One Word Or Two Words?

In short, both! The American style is “cybersecurity.” Britains like cyber security as two words.  Merriam-Webster only has…
byAgencyTeam 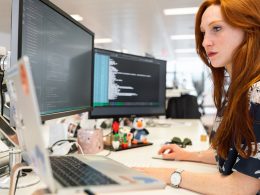 An open-source antivirus means that the program’s original source code is made available for absolutely free. The program…
byAgencyTeam